Some say that for centuries it roamed the dense forests and icy mountainous terrain of Northern Japan. Some say it was a ghostly beast with an army of undead wolves. Some say it was sort of like a grinning, four-eared skeletal samurai armoured zombie wolf giant. A mass of rotting flesh and frozen bones, bearing a kabuto adorned with the skulls of a 100 shogun who had foolishly attempted to claim this final mysterious land. Some say that for time immemorial, no one dared venture here until it was discovered that it was just a @toyterror custom painted 3″ JPK Ashigaru Dunny. 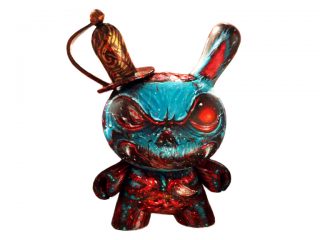 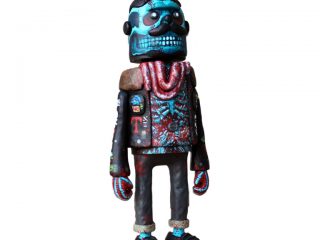