“That mountain. That strange peak that towers above the highlands, forever blanketed by a choking bank of deep black, charcoal red clouds. Burning in a perpetual storm, it was as though nature itself cursed its crest with a veil of permanent, violent darkness.

It’s not the storm that is to be feared.

With a tremendous crack of lightning that shakes the earth itself, a colossal silhouette appears on the summit. In a blink, in a flash, it’s gone. If you see it… it’s already too late. You count.

For in the inevitable roaring barrage of an ear-splitting, rock-shattering, thunderous crescendo, it attacks.

It’s guarding something up there and it’s not of this realm. A vicious, monstrous apparition, it bears the skulls of those who have succumbed to its razor sharp claws. On its back, in burning gold, is inscribed 殺人鬼, ‘killer’. Beware.” 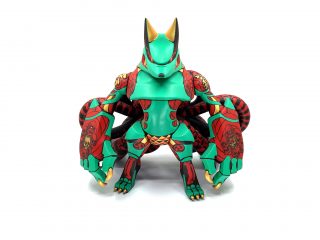 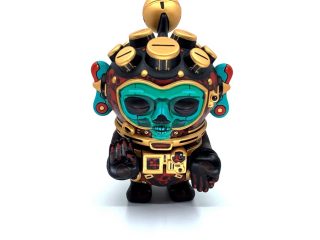